Why Cuppy Never Claps Back At Trolls

After years of enduring abuse and mockery with a toothy smile and pink hair, Cuppy was suddenly deemed worthy of defence and civility on the internet. 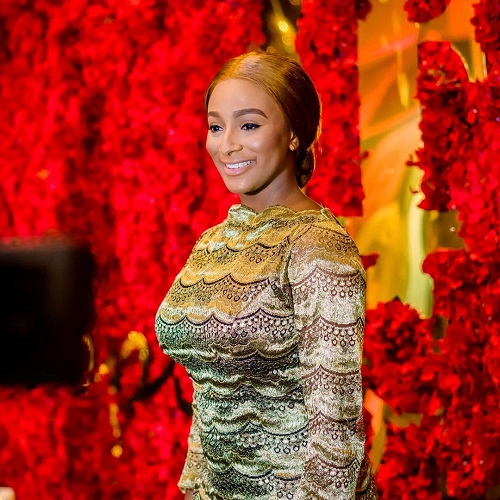 On 28th October 2019, the hashtag #FreeCuppy set Twitter ablaze. It all started when a user, in line with the tradition of bullying Florence Ifeloluwa Otedola AKA Cuppy, the disc jockey and musician, turned her rather harmless tweet into sugar-coated clout chasing opportunity by saying her music causes "emotional turmoil" and trauma. 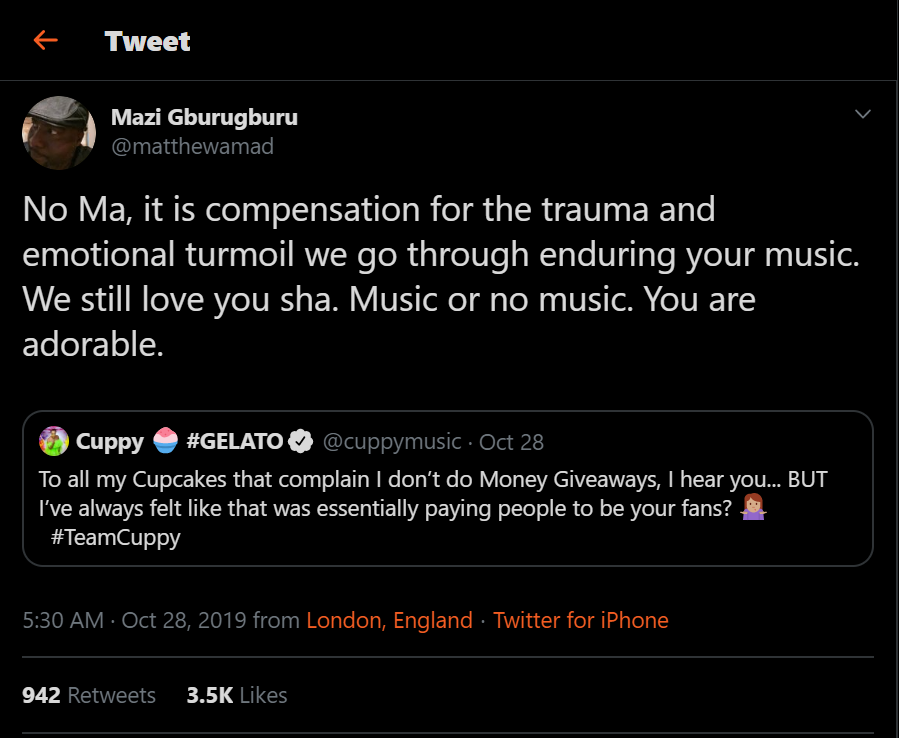 Just as one can not predict the day for the owner after days and days for the thief, one can hardly predict the whims of the Internet. On any given Sunday, Cuppy would normally bear the brunt of this cyber wreckage but on that fine day, the Internet banded together and turned on its trolls. 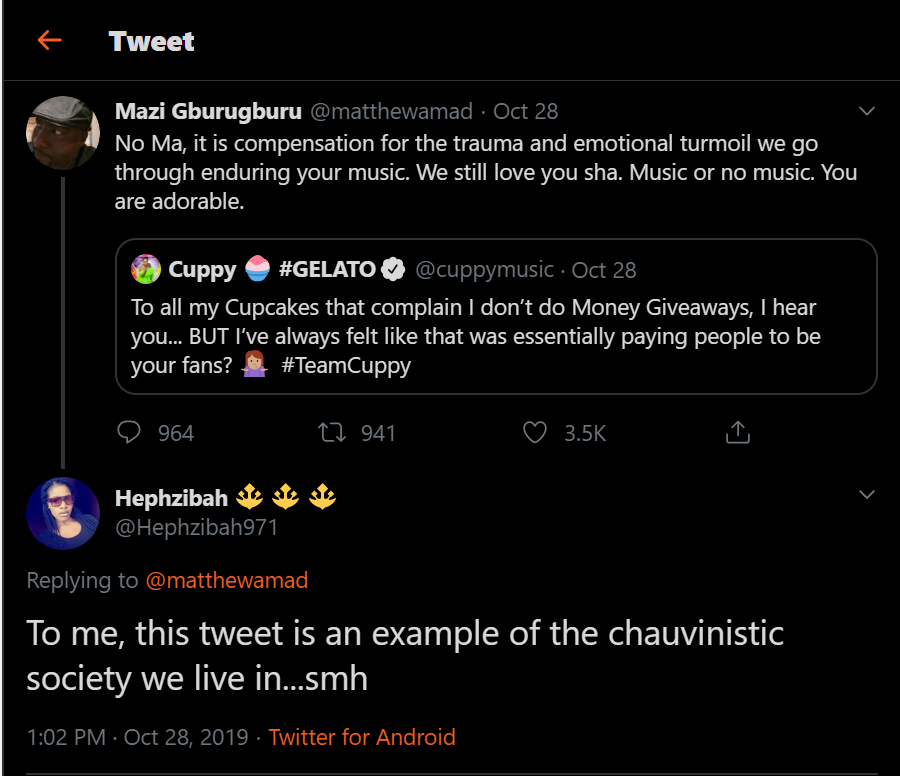 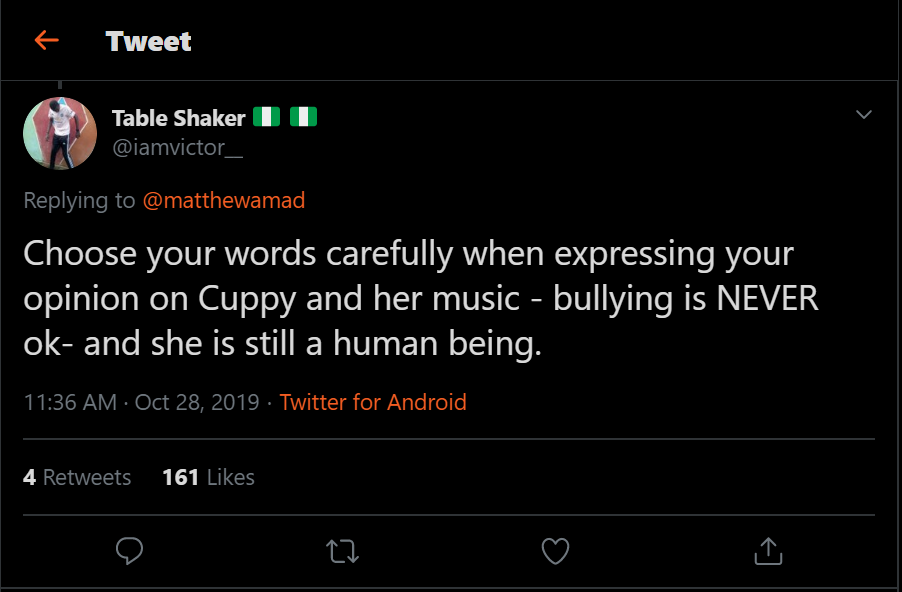 Many people (yours truly included) prayed for a nice throat-slicing comeback from our pink-haired queen. Something, anything, if only to remind the faceless @'s on her phone screen that with the way her bank account is set up, not only does she never have to work a day in her life, her degree in Business & Economics combined with her masters in Music Business can provide her with a high earning career that does not require our approval. Alas, all we got was a goofy selfie with the caption "Please...why am I trending on Twitter?"

However anticlimactic her response was, it was both expected and PR appropriate. The question of why she is a bubbling ball of light who name-calling and constant criticism seem to bounce off of can easily be answered with one word; Sexism.

As the daughter of a billionaire and granddaughter of a political legend, Cuppy was born, amongst other things, quite privileged and can afford to not keep it clean, polite and non-confrontational. But she does. Admittedly, it could be a matter of personality; perhaps she is just a happy-go-lucky young woman. However, taking a closer look at the ethos of most female celebrities, a very visible pattern emerges. One of likeability for career preservation. Women are judged harshly.

The metrics for gauging our performance are not only severe but are downright impractical and bordering on ridiculous. It is not enough that we can get the job done or that we are good at it, we have to be likable, approachable, humble, easy to look at, and possess the ability to bend over and take sexist jokes and harassment.

Women are raised to fold and contort themselves into caricatures of some mythical creature called "the virtuous woman". The virtuous woman is told to plaster a smile on her face, to always "rise above", "take it easy", " play nice" and my personal favourite "be ladylike." These words and others like them are drummed into her consciousness through repetition and reinforcement with the purpose of dismissing her discomfort and anger at suppression and injustice. She is constantly being tasked with the burden of forgiveness and compliance often at the expense of her emotions, freedoms and the freedom to express her emotions. 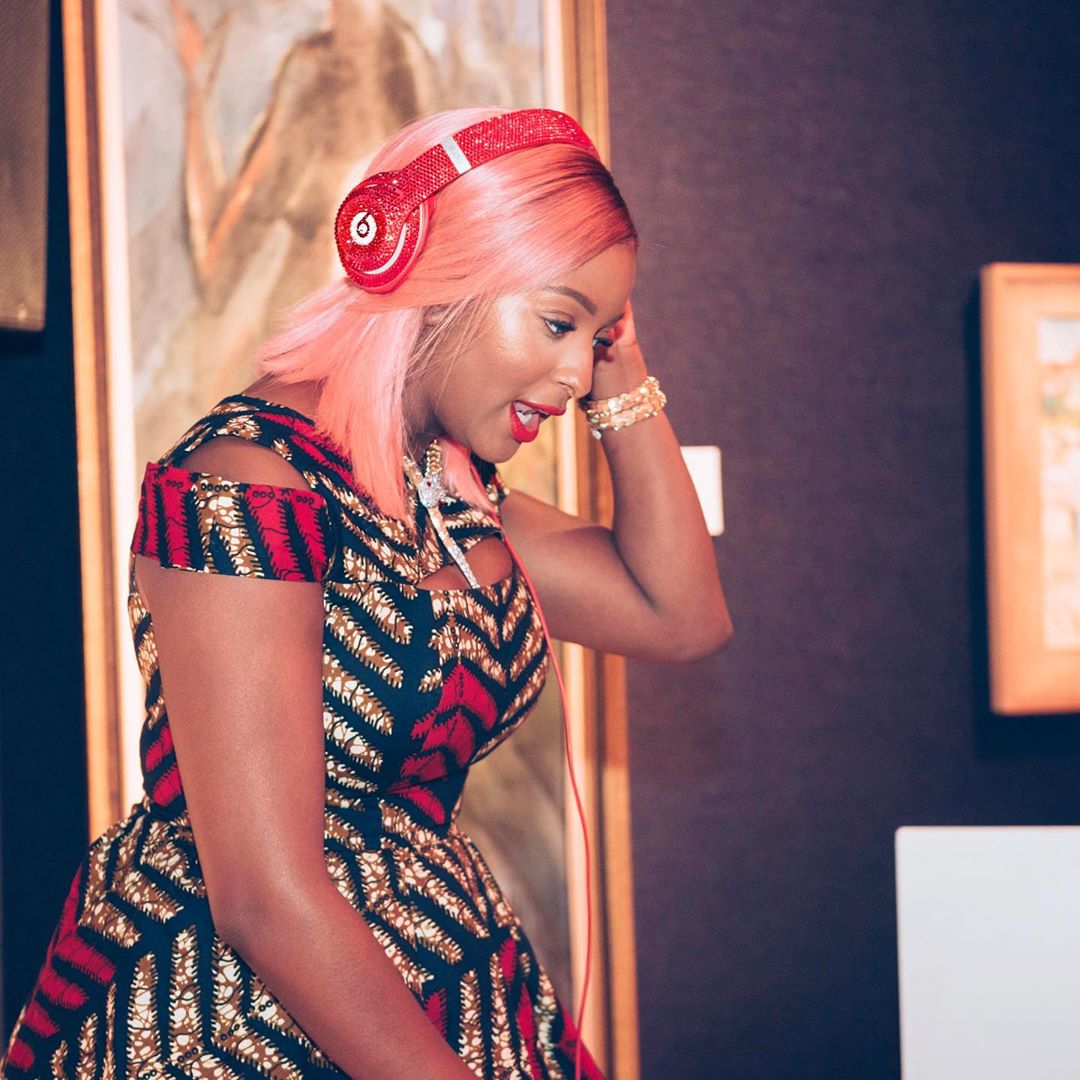 Cuppy, whether she knows it or not, whether she likes it or not, is compelled to play the likeability game if she hopes to keep her career. While her male counterparts in the industry can do as they please without the fear of being cancelled, Cuppy can barely sneeze without being assaulted with the information that her music is "traumatic.” Any reaction other than sitting-there-and-taking-it-like-a-good-girl will likely dim the flame of her career.

Some of her loudest mud-slingers may say that their nastiness comes from a place of criticism. They may say that her music does not “slap” but that is quite a ludicrous excuse for bullying. Not only is art subjective (one man's meat is another's poison), her millions of streams, reality TV show, vlog, her DJ set for BET all beg to differ. 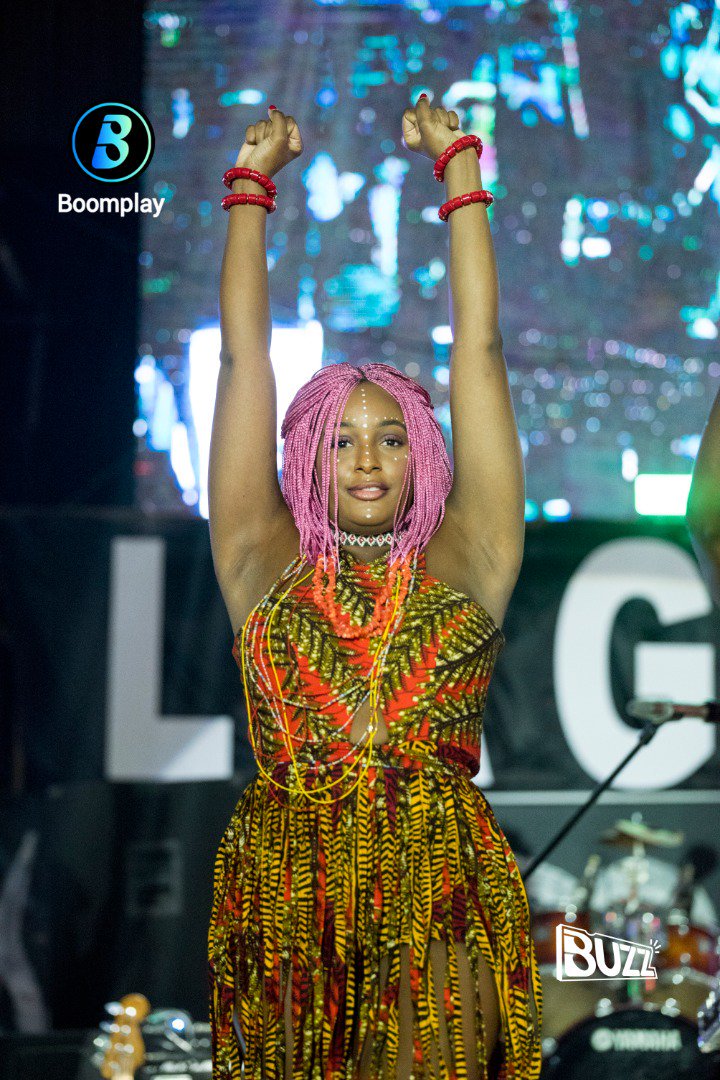 Others might say they suspect her success was bought. While that is debatable, it is common knowledge that money can only take you so far. Hard work, talent and the courage to keep keeping on are really what seals the deal. If we can celebrate this in male musicians, despite their shortcomings, why do we punish Cuppy for it?

Why are women judged severely while men are excused and coddled?

Role congruity a concept by Eagly and Kaurau describes the bias faced by women in leadership and visible positions. It explains the part stereotyping and mischaracterization of women as inefficient and irrational beings, lacking leadership skills and the wherewithal for career success, play on how we view women in these positions. Because we are hardwired to believe and accept things that are consistent with our beliefs, we often react aggressively to things that challenge those beliefs. So, when we see a woman of means or success, one that does not quite fit the stereotype a highly misogynistic society has sculpted of what a woman should be, we react with antagonism. We react this way out of fear and cowardice because it is easier to lash out than challenge our beliefs. 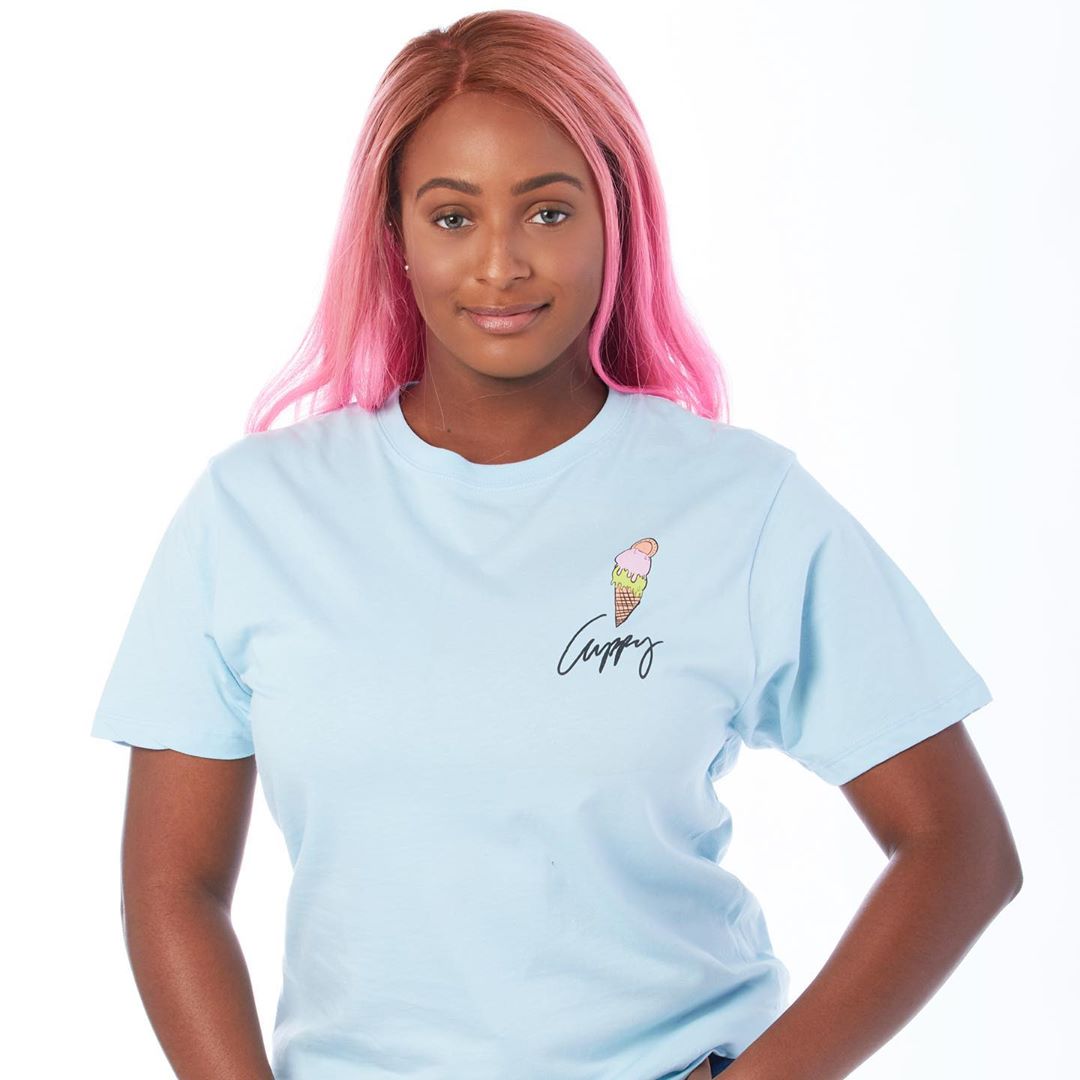 Cuppy, in spite of her privilege and popularity, still has to play at being likeable just like the rest of us who have to endure sexist jokes at work, ignore harassment, serve tea at meetings and wear a smile on our face when clients stare at our breast. This really puts rest to the idea that a woman can escape sexism through abundant means and career success. If making money and being successful is evidently not enough to warrant respect in a society that puts a premium on prosperity, what hope do we have to earn respect based on our humanity?

Maybe a day will come when she has had enough of it and decides to burn down Twitter or Instagram with a corresponding gbos to every gbas, maybe that Sun never rises. Until then, cupcakes (that’s what her fanbase is called) only have more pink hair and kumbaya to look forward to.